Solid Biblical Teaching only $5.00 each from the Creation Guy John Mackay. Timely and Topical from Genesis to Revelation.
Price and postage shown is for AUSTRALIA ONLY. 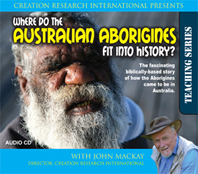 Australian Director of Creation Research, John Mackay, continues to share more of the exciting evidence contained in Aboriginal myths and legends that support the Biblical Creation to Noah to Babel account. But where exactly do Australian Aborigines fit? Where did they come from and when did they get here and how did they get to be stone age? ADD TO CART 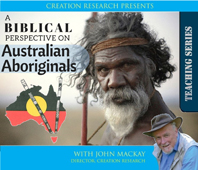 The Aborigines arrived in Australia after the Tower of Babel. The historic, scientific and Biblical evidence is clearly presented in this MP3. ADD TO CART 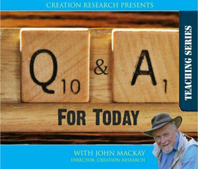 Why do men have nipples? How did Koalas get to the ark? Could snakes talk? Does it matter how old the earth is? Did Darwin repent? How can we inherit eternal life? Why did God make disease? If Adam and Eve were vegetarian, should we all eat plants? Will God judge the people who haven’t heard the gospel? Who can be saved?
All these Questions and more, answered on this fascination 2 part CD! ADD TO CART 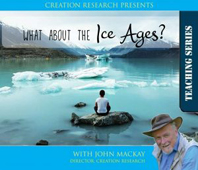 Questions with answers about Creation, Evolution and the Real history of the world to help you to witness for Christ and the Truth of His Word.
Includes: Where did Cain get his wife? Was Noah’s flood world wide? Does radioactivity prove the world is millions of years old?
How did Noah fit the animals on the Ark? What about the Big Bang theory? How could God make the universe in just 6 days?
Do babies show evolution as they develop? What about new theories of Evolution? ADD TO CART 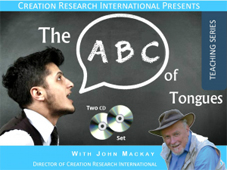 What do you do when a New Guinea native says witch doctors in his tribe spoke in tongues before Christians came? How do you react when a converted Satanist high priest says he spoke tongues in the coven? Was the Christian missionary telling the truth when he shared that God briefly gave him an unknown tongue which saved his life? What does God’s Word have to say about tongues, particularly when some churches teach that if you don’t speak in tongues you are not a Christian? The research and Bible teaching on this CD examines all the tongues in Scripture from Adam to Babel to Pentecost to Corinth. ADD TO CART 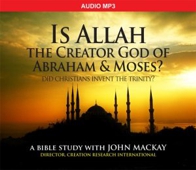 It is becoming common in the west for many Muslims to claim Allah is the same as Jehovah God of the Old Testament and Christians have fudged things by inventing the Trinity long after the days of Jesus. Join John Mackay for an exciting Bible Study on the Trinity from Genesis to Malachi. A needed eye opener to the Koran, so Christians can be equipped from Creation to Christ’s coming again to witness to the increasing numbers of Islamic people in Western society. ADD TO CART 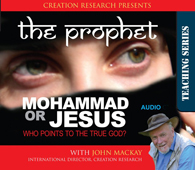 “The Prophet – Muhammad or Jesus?” An exciting look at Moses prophecy in Deuteronomy 18 concerning the coming of “a prophet like Moses” claimed by Islamics to be Muhammad.
ADD TO CART 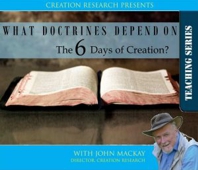 A man stood at the end of the meeting and said, “all this stuff about Creation is interesting, but is it necessary? Do any doctrines depend on the 6 days or can we just let it drop as an interesting, but unimportant issue?” This message traces the 6 days from Genesis through to Revelation. You will be fascinated, and thrilled with the whole truth as well as be amazed at how important the truth of the 6 days is and to the integrity of the Lord Jesus Christ, the One who actually made the world in just 6 days. Join the Creation Guy, John Mackay, for this great Bible teaching. Length 53 Mins 55 Sec. ADD TO CART 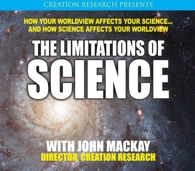 This talk by John Mackay shows how our views of science are shaped by our worldview. It tells of the limitations of science in regards to both Creation and Evolution, and how these limitations can be used for witnessing. ADD TO CART 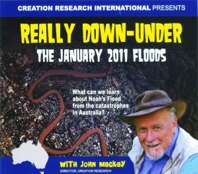 REALLY DOWN UNDER. THE JANUARY 2011 FLOODS – God’s judgement, climate change, or what?” A vital message for our times on MP3 from John Mackay.
ADD TO CART 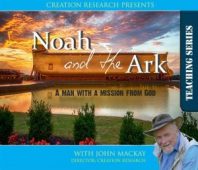 A new and challenging look at the Biblical account of Noah, the brilliant engineer who solved the many problems sceptics raise about the Ark. How could Noah build a huge ark of wood when modern engineers tell us it would fall apart? Plus, how did Australian desert trees survive the flood? What did they read on the Ark? What happened when the heavens fell down for 40 days and 40 nights, and how does it affect you and I? Noah was a man of faith, a prophet against unrighteousness in his world and ours. ADD TO CART

Creation Research exists to seek evidence for the Biblical account of Creation, Noah’s Flood, Tower of Babel and related subjects. We investigate and promote such evidence in order to glorify Christ and build His church. Become part of the Creation Research Support Team Worldwide and help spread God’s Word about God’s World by purchasing our Books, T-shirts, through your gifts and your prayers. DONATE NOW